Netball, played by more than 20 million people in over 80 countries, pits teams of seven players against each other. Both shooting players and other teammates can benefit from wearing comfortable netball socks during play.

Design Your Own Sock

Custom netball socks can ensure that players avoid slipping while on the court. Wearing the right footwear and appropriate netball socks is an important consideration for players of this high-intensity, power-based sport. Intermittent action means players need netball socks that are designed to feel comfortable both on and off the court. 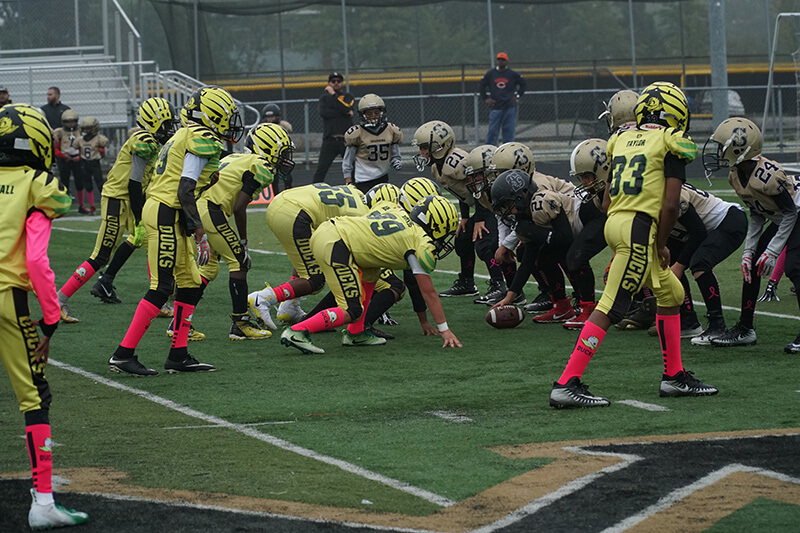 Our custom socks are durable and come in more than 1,000 colors for your football team! Any team that’s serious about winning big needs to show pride through football socks that move with you. Especially as you kick that field goal, clinch that interception, or move the ball into the end zone for victory!

· You give us the colors and image of your choice, along with instructions on the design.
· We create a mockup design and send for your approval.
· We incorporate any needed changes.
· You give us final approval on those changes.
· We invoice you, you pay online.
· We ship your socks! 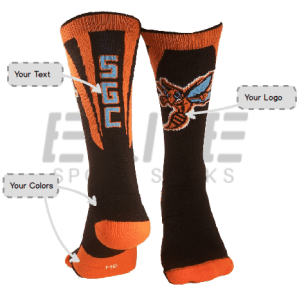 Your logo and design won’t wash out because we don’t screen print or sublimate our socks. Instead, your design, logo, and colors are woven directly into the sock as it is being constructed! That guarantees that your socks stay durable for this season and beyond!

Order as many socks as you need. The minimum order for a single design is 6 pairs per size and a minimum of 15 pairs per design/color. We can handle any volume you need, from as few as 15 pairs to as many as 2,000-plus.

Don’t live nearby? That’s fine because we can ship your socks almost anywhere in the world. No matter where you live, your socks will arrive three to four weeks from the date the order was placed and payment was received. Need them faster? We also do rush orders.

Since we usually rely on FedEx, we’ll email you a tracking number so you’ll always know where your socks are once they leave our facility.

Start Your Own Design