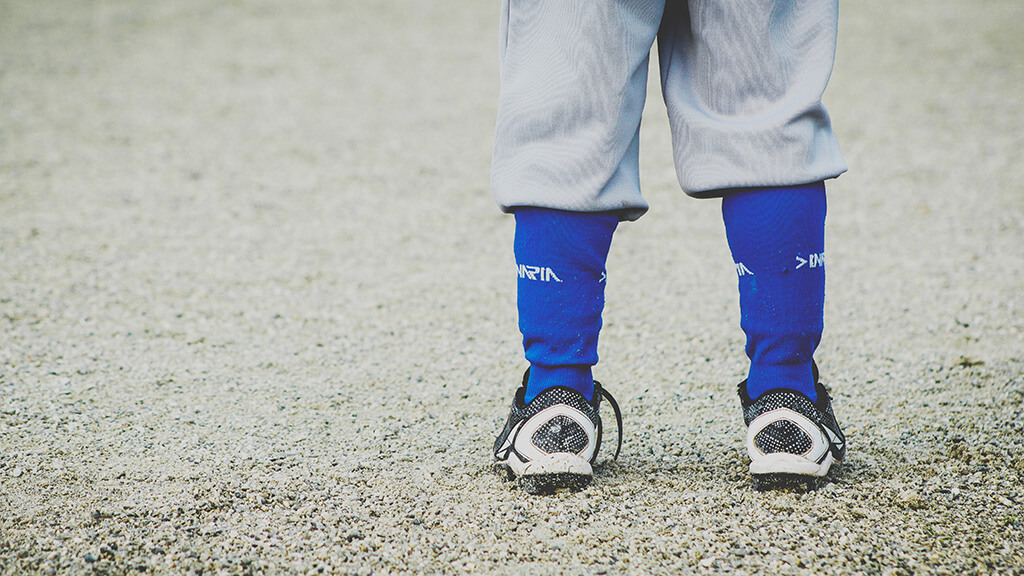 Like the game itself, the history of baseball socks is long and colorful.

When baseball gained popularity in the 1840s and 1850s, socks were not a significant part of the uniform because players wore long pants. The decision was a practical one: Pants helped protect the full leg from the action on the field. Socks at that point were largely invisible and didn’t play a role in the uniform.

That changed in 1868 when Cincinnati Baseball Club owner George Ellard, a fan of the game cricket, designed a uniform that had the pant leg stop just below the knee where it was met by a high, red sock. The fashion statement was close to the knickerbocker pants worn in cricket, but Ellard also believed the look would turn heads and increase ticket sales.

He was right: The newly-minted Cincinnati Red Stockings were a hit in the league, a phenomenon that convinced two other teams — the Chicago White Stockings and the Boston Red Sox to follow suit.

Long socks became a hallmark of the uniform until around 1905 when teams started utilizing stirrups. These long, colorful enhancements layered over plain white socks were considered necessary for health reasons stemming from an incident involving Cleveland Naps second baseman Nap Lajoie who contracted sepsis from an untreated injury from getting spiked in the shins through his socks. It was feared that the baseball socks themselves played a role in his affliction, with colored dye entering his bloodstream.

As a result, stirrups were added as an extra layer, with the traditional white baseball sock (at the time called “sanitaries,” or “sanis”) providing protection underneath. The stirrups were cut around the ankle and had no feet so players, now wearing two layers, could still easily slip their feet into their cleats. Soon, players started wearing the stirrups higher so the bottom sock was more visible.

Back to Long Pants

By the mid-century, more players wore their socks higher to reveal the white sock underneath. The advancement of colored dyes and a heightened sense of fashion in society led to more colorful stirrups. Stripes in the stirrups were introduced in the 1960s. But by the 1970s, players were wearing their stirrups so high that their purpose became almost irrelevant. As a response, manufacturers invented the “two-in-one,” a combination of stirrup and sanitary in one sock.

Today, most baseball players have gone full circle back to the long pants look, which carries the pant leg down to the shoe. There are exceptions, depending on the player, but stirrups and long, colored socks now tend to be found more in the Little League circuit, or in high school and college baseball. Major League Baseball (MLB) has no official ruling on the kind of socks players must wear, and how they must wear them. That means the long baseball sock plus stirrup still appear on the field from time to time, usually by traditionalists paying homage to a time when fashion on the diamond mattered.